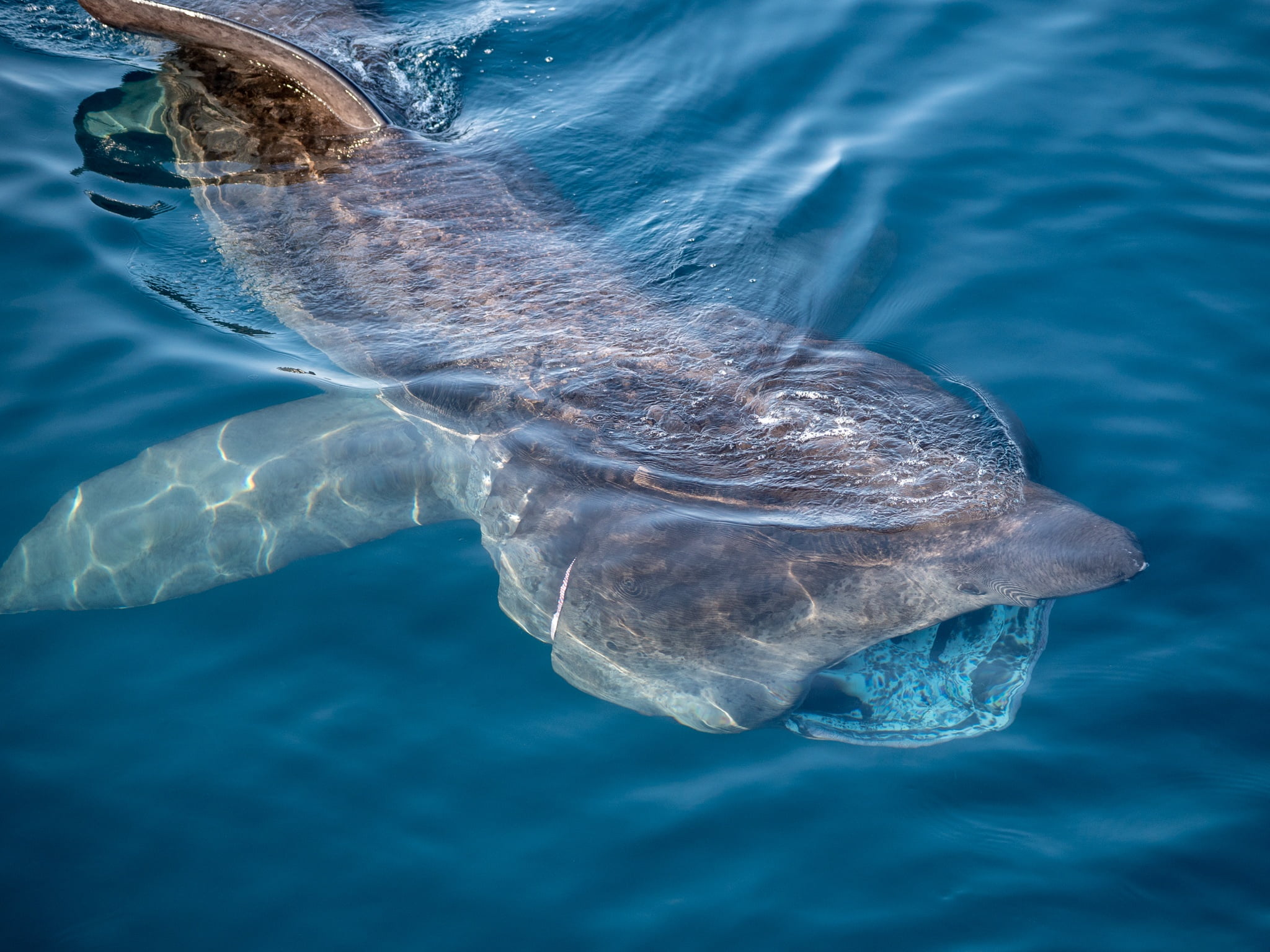 It’s been quite a summer for wildlife here on the West Cork stretch of Ireland’s Wild Atlantic Way. And it shows no sign of slacking off any time soon. Here’s a whistle-stop tour of some of the highlights. 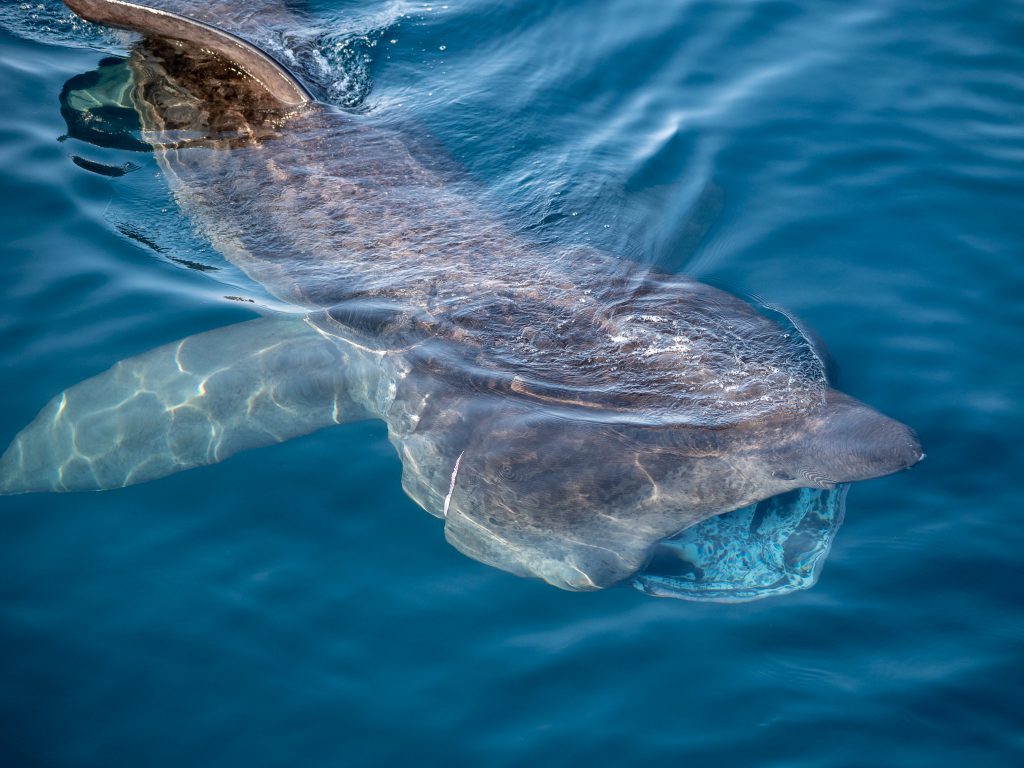 Basking sharks, the world’s second biggest fish, were around in numbers in early June and we enjoyed several encounters like this one with multiple sharks. (Photo Calvin Jones/Ireland’s Wildlife Tours, June 2018) 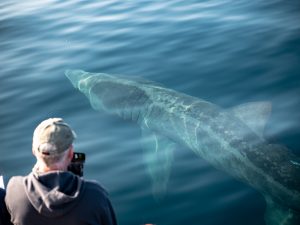 The first basking sharks normally arrive towards the end of April, with peak numbers in late May and early June. This year things were a little later kicking off — but when they arrived they arrived in numbers and a spate of calm, sunny weather made for ideal shark-watching conditions.

We enjoyed some fantastic shark encounters with guests on our Discover Wildlife Weekend at the end of May and while guiding groups in June both from shore and out on the water with our marine tours partner Cork Whale Watch.

The sharks are gone now for another year — but we’re looking forward to more fantastic encounters with these gentle ocean giants in 2019. 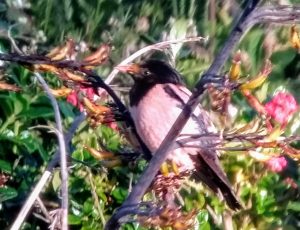 All of the usual suspects have been out in force over the summer — with breeding chough, peregrines and ravens providing plenty of entertainment at coastal sites. We also had a more unusual visitor arrive at Red Strand near Galley Head in the shape of this Rose-coloured Starling.

This striking bird is an interloper from the extreme east of Europe and south Asia, and this bird arrived in Ireland during a westward irruption of the species with several birds documented in France, the UK and Ireland. It was lovely to see one on our local patch (hat tip to Cllr. Christopher O’Sullivan for the find). 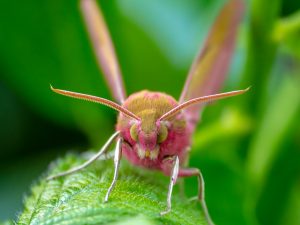 Stunning large moth species, like this Elephant Hawk Moth, are a regular occurrence during summer months.

This summer is also proving an interesting one on the insect front… with an uncharacteristic period of sustained warm and sunny weather suiting our invertebrate friends.

Along with a host of smaller and often intriguing species, the moth traps here at IWHQ have yielded good numbers of the larger and more spectacular species like Poplar, Elephant and Eyed hawk moths and the stunningly marked

Dragonflies and damselflies are also on the wing. Adding colour and action to any freshwater habitat they are always a joy to watch as they engage in territorial aerial dogfights or hunt smaller insects on the wing. 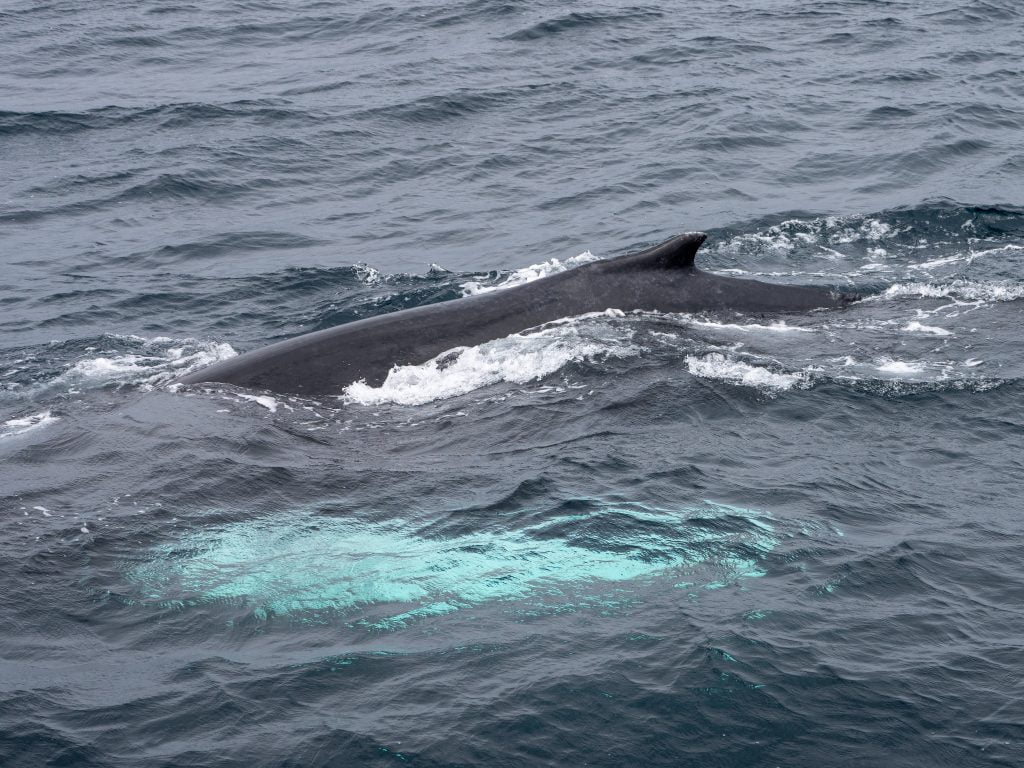 Humpback whale checking out the boat on our Discover Wildlife Weekend in late May 2018. 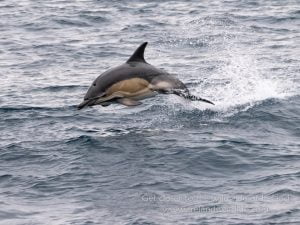 Ireland — and the coast of West Cork in particular — continues to deliver truly world-class whale watching this summer, spring and summer. With hundreds, sometimes thousands of common dolphins, dozens upon dozens of minke whales (with up to 100 individuals recorded on some trips) and, the undoubted stars of the show… humpback whales into double figures.

The whales are here to feed and that makes for some truly spectacular encounters. 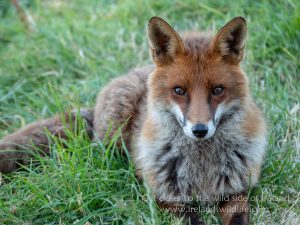 Sometimes encounters with familiar wildlife — like this fox — can be breathtaking.

Wildlife watching isn’t all about seeing more unusual species — it’s also about enjoying special encounters with more familiar species — like this fox we bumped into (not quite literally) recently.

Other mammals we encounter regularly on our tours are Seals (both Grey and Common), Otters and the unique Irish subspecies of the Mountain Hare, which in the absence of the brown hare occurs not just in the uplands, but throughout lowland habitats right down to the coast.

Glengarriff, where we base ourselves for the second part of our Wild South Coast holiday, holds healthy populations of our native Red Squirrel and is home to the elusive Pine Marten. It also hosts Co. Cork’s only breeding pair of White-tailed Eagles. 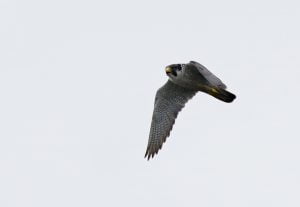 Our upcoming Discover Wildlife Weekend running from 20-22 July is fully booked, but we still have space on our 19-21 October weekend, where as well as the regulars we’ll hope to encounter a different cohort of visiting species, including waders and wildfowl, migrant passerines on West Cork’s headlands and islands, and the planets second biggest animal, the Fin Whale.

If you’re looking for a longer break we still have places available on our Ireland’s Wild South Coast tour from 26-31 August (NB. HURRY, if you’d like to join us on this tour as we have to finalise numbers with accommodation providers next week), and for the keen birders out there we have our migration focussed Birding Oktoberfest scheduled for  7-10 October.

We’re currently working with our accommodation partners to identify dates for the 2019 season. If you’d like us to keep you informed as soon as new dates and tours become available, and other relevant updates simply click on the button below to register for our mailing list and we’ll be sure to keep you posted.