Why choose Ireland for your next wildlife adventure? 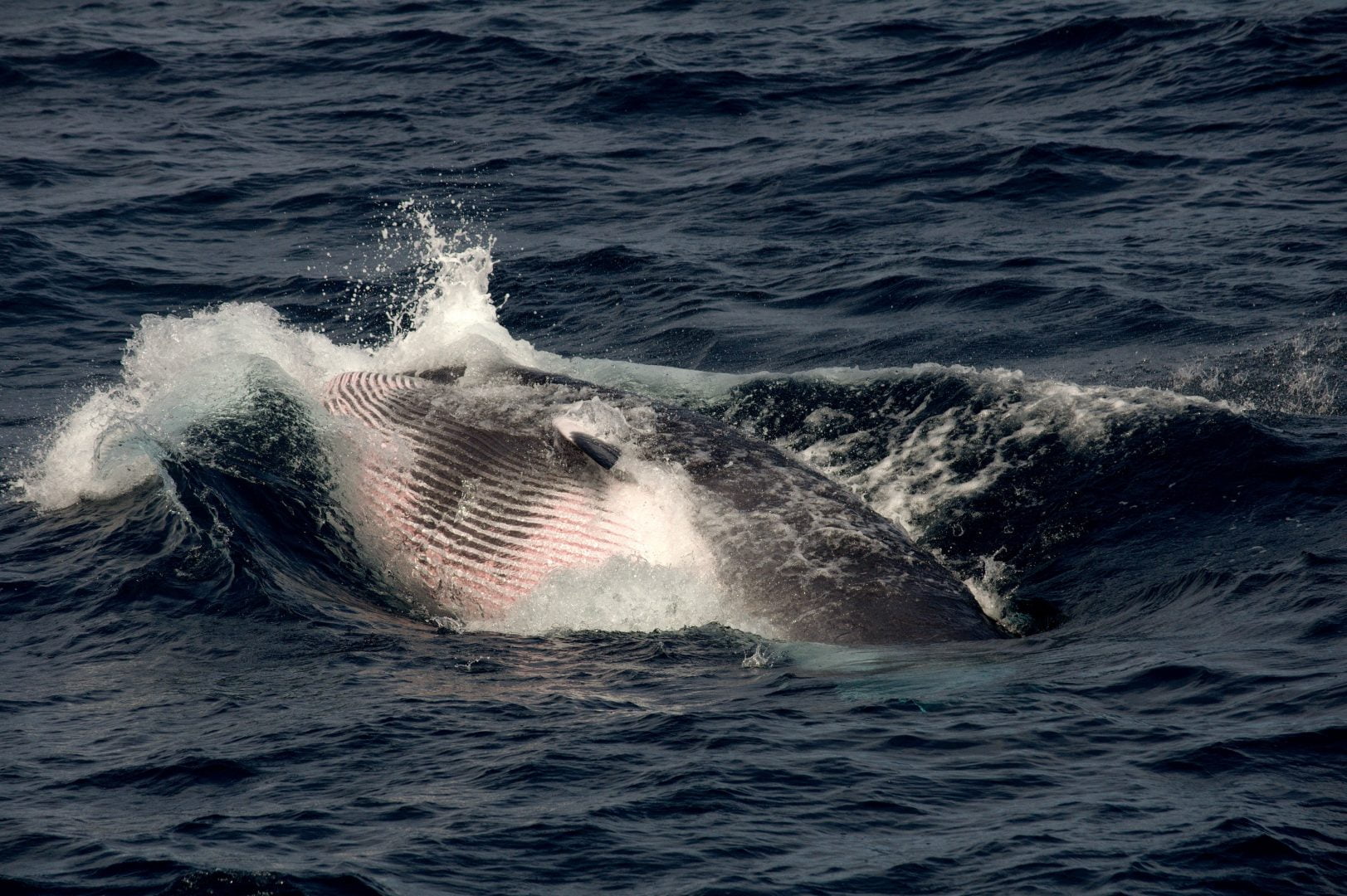 It’s a curious thing that Ireland isn’t on more people’s radar as a wildlife holiday and short-break destination. At Ireland’s Wildlife Tours we’re hoping to change that by offering a range of exciting itineraries that really showcase what Ireland has to offer the travelling wildlife enthusiast.

Here are just some of the reasons we think you should consider Ireland for your next wildlife and birding break.

1. Ireland is one of the best locations in Europe to see whales and dolphins

Perched on the edge of the North Atlantic, on Europe’s extreme western fringe, Ireland is perfectly positioned to attract some of the planet’s most iconic marine wildlife. 25 species of cetacean have been recorded in Irish waters, five of which we see regularly from our home patch on the West Cork stretch of Ireland’s Wild Atlantic Way.

West Cork’s headlands offer some fantastic land-based vantage points for watching cetaceans from shore (the only truly zero-impact form of whale-watching), and shore-based watches are included on all of our general wildlife tours. On most of our itineraries, we also head out on the water for a whale watching trip with Ireland’s most experienced whale watching skipper Colin Barnes of Cork Whale Watch.

Some of the cetaceans we see regularly on our tours include:

The Fin Whale is the world’s second biggest cetacean and one of the most spectacular. These ocean giants come to the coastal waters of counties Cork and Waterford from late summer through to mid-winter to feed on the huge sprat and herring shoals that congregate here.

An encounter with fin whales is one of the most awe-inspiring and humbling experiences in the natural world.

Size isn’t necessarily everything though, and the diminutive (if that’s the right word for a 10m long creature) minke whale certainly more than holds its own. Minke whales are the most common of the large whale species off the Irish coast, and we get lots of them from April right through to October and into winter. Sometimes you can literally come across dozens of minke whales on a single trip, and watching them lunge feeding amidst clouds of diving gannets is something you won’t forget in a hurry.

And then there are the humpbacks. There are currently (November 2019) 97 individually identifiable humpback whales in the Irish Whale and Dolphin Group’s (IWDG) photo-ID catalogue. Humpbacks are annual visitors to Ireland’s south coast. They can turn up anytime from April through to November, even into December some years. Humpback encounters are always special, and they sometimes put on quite a show, breaching, lob-tailing (tail-slapping), fin slapping, bubble-netting and more.

A perennial favourite with guests, common dolphins occur in large numbers off the Irish south coast. We encounter dolphins on most of our tours, in groups of varying size, but sometimes in much larger aggregations numbering hundreds of animals.

Dolphins will often make a beeline for the boat, and spend time bow-riding literally right in front of us. They’re also very acrobatic, and it’s not uncommon to see them leap spectacularly from the water.

The shy and elusive harbour porpoise is the fifth cetacean we see regularly on our tours. They are common along the coast here, and we often encounter them singly or in small feeding aggregations.

While they aren’t perhaps as charismatic as their more energetic dolphin cousins, there is nevertheless something very endearing about this tiny toothed whale.

Of course, we occasionally see other species of cetacean, including Risso’s Dolphins and Bottlenose Dolphins, on our tours… but the five species outlined above are by far the most regular.

Whales and dolphins aren’t the only marine megafauna we encounter on our tours. Both grey seals and common/harbour seals are numerous around the Irish coast, and we almost always encounter them on our tours. In spring and summer, Ireland plays host to large numbers of Basking Sharks as they migrate north along the coast — we typically see them off the south coast from late April through July.

2. Wildlife watching… without the crowds

Because Ireland is only beginning its journey as a wildlife tourism destination, you often find that when you arrive at a wildlife-watching location you have it all to yourself. Get off the beaten track in Ireland and while you might run into the occasional hiker, it’s very unusual to encounter other wildlife watchers in the field, and practically unheard of to come across other wildlife groups.

That ability to avoid the crowds and immerse yourself in the natural world is becoming increasingly difficult to find. Here in Ireland, we have it in spades, and you’ll experience it on all of our tours.

3. The prospect of something extraordinary

Ireland’s position on the edge of the Atlantic means you literally never know what might turn up. From vagrant cetaceans (the likes of Beluga, Bowhead and Northern Bottlenose Whales have all been recorded as extralimital vagrants off the Irish coast) to rare American passerines and waders blown across the Atlantic (Grey-cheeked, Swainson’s and Hermit Thrush, Scarlet Tanager and  Red-Eyed Vireo; White-rumped, Semipalmated and Buff-breasted Sandpiper and more). Other curiosities recorded here include Leatherback Turtle, Portuguese Man-o-War, Walrus and Bearded Seal.

Of course, these are all oddities, and the chances of encountering them on a given tour are slim — but Ireland’s location means when conditions are favourable the potential for something unusual to turn up is always there, and that adds a veneer of the unknown to any wildlife outing.

Another extraordinary wildlife highlight of the Irish south coast is the opportunity to see White-tailed Eagles in the wild. Released as part of a reintroduction project in 2007, these magnificent birds are now breeding in Ireland again. Several pairs have established territories along the south coast, and we’ll be looking for eagles on most of our wildlife and birding tours.

If searching for migrant birds is your thing, check out our special “Birding Oktoberfest” tour dedicated to searching for autumn migrants on West Cork’s headlands and islands.

Perhaps we’re a bit biased, but we think the scenery of Ireland’s south coast is some of the most breathtaking you’re ever going to encounter. Dramatic Atlantic headlands, sweeping sandy beaches, hidden coves and inlets…. and views that are simply out of this world.

Of course, these are wildlife tours, and the wildlife always takes precedence — but there’s something about being immersed in the backdrop of Ireland’s Wild Atlantic Way that accentuates and heightens the experience.

5. Getting to Ireland is easy (and affordable)

With a good road network, public transport links between major cities and a number of international airports, getting to Ireland for your wildlife or birding tour is never going to be a problem.

Most of our tours start and end in Cork City. Direct flights from major UK airports (including London Gatwick, Stanstead and Manchester) start from as little as £16.99. You could be on the ground in Cork in less than an hour, and exploring the West Cork stretch of Ireland’s Wild Atlantic Way within 2.

Yes, it really is that close!

The Irish are renowned the world over for their warm welcome and unparalleled hospitality. That world-class welcome is something you’ll experience on all of our wildlife tours.

Again, on our tours wildlife always takes centre stage, but you’ll experience that wildlife while steeped in Ireland’s unique culture, landscape, heritage and, of course, her people. That lends your tour an inimitable Irish quality you simply won’t get anywhere else.

Those are just six reasons we think you need to consider Ireland as a destination for your next wildlife and birding holiday or short break.