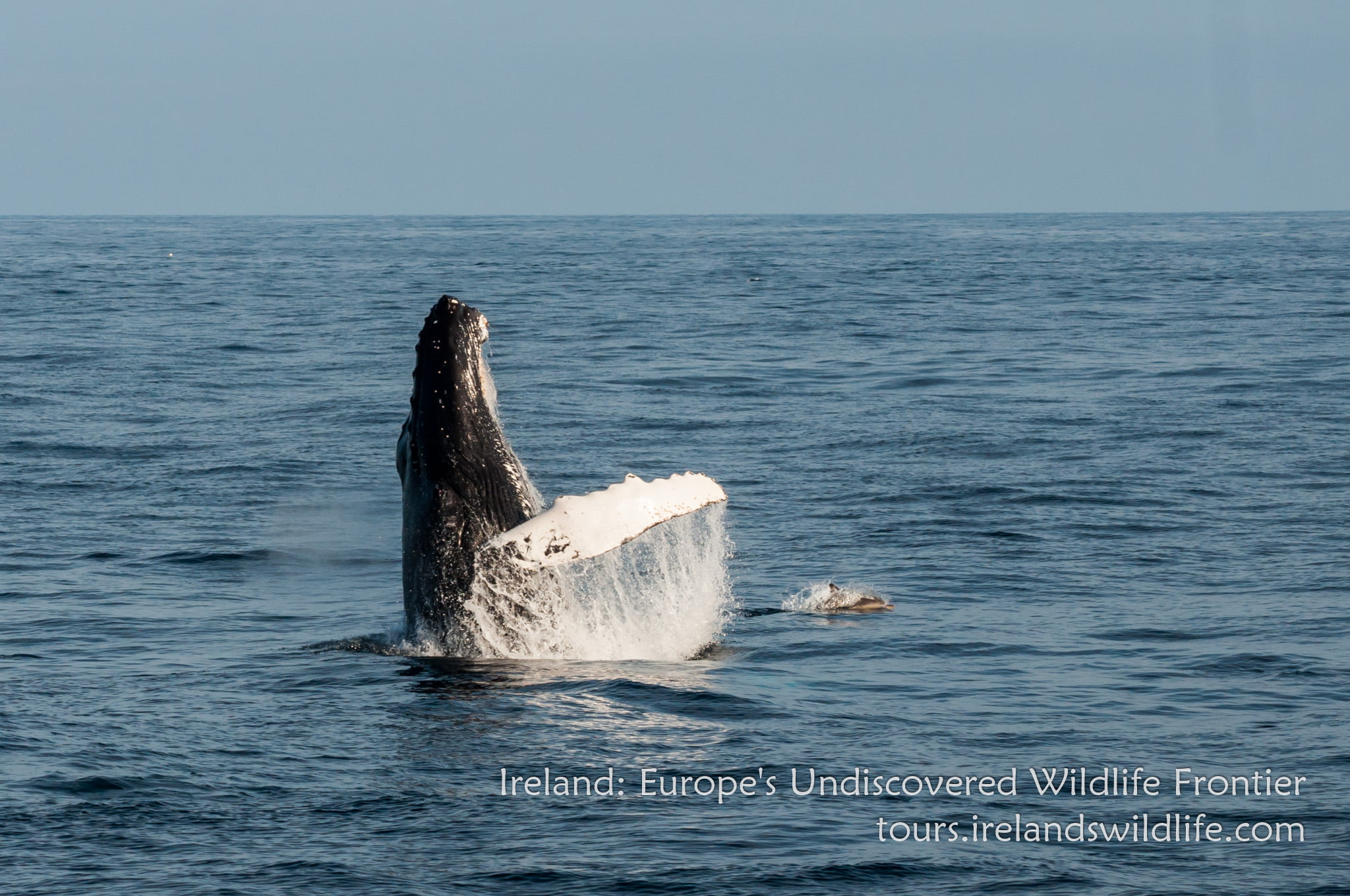 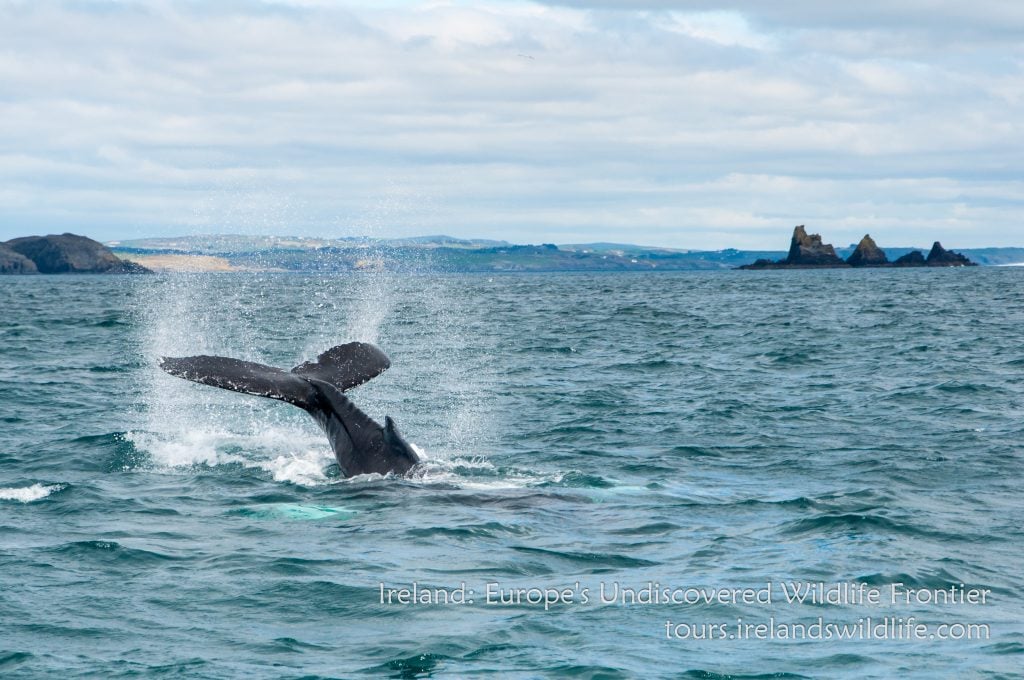 Perched on the northwestern edge of Europe, Ireland is world renowned for its stunning vistas, dramatic Atlantic headlands and breathtaking coastal scenery. But when it comes to wildlife tourism, Ireland simply isn’t on most people’s radar. 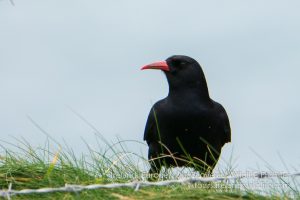 Ireland is one of the best places in the world to see chough. The south and west coasts are a stronghold for this rare and charismatic member of the crow family.

Wildlife enthusiasts Calvin Jones and Colin Barton are looking to change that with the launch of Ireland’s Wildlife Tours, a dedicated wildlife holiday, short break and guiding service based on the southern stretch of Ireland’s Wild Atlantic Way.

“We have some incredible wildlife in Ireland,” said Calvin, founder of web portal Ireland’s Wildlife and Managing Partner in the new wildlife tour business. “Both Colin and I have travelled the world to see wildlife. We’ve experienced some truly breathtaking encounters over the years, but it might surprise people to learn that some of the most memorable have been right here on Ireland’s wild south coast.” 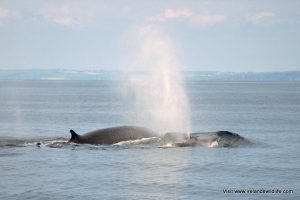 Annual close encounters with iconic marine species like Humpback Whale, Fin Whale and Basking Shark are among the highlights… and according to Calvin, Ireland’s position on the edge of Europe makes it one of the best places on the continent to see marine and coastal wildlife. Of the 25 species of cetaceans (whales and dolphins) recorded in Irish waters, five can be seen regularly from shore on the Irish south coast.

“Fin, Humpback and Minke whales are regulars, as are Common Dolphins and Europe’s most diminutive cetacean, the Harbour Porpoise,” said Calvin. “Sometimes, if you’re lucky, you can see all five species from a single shore-based watch or boat trip. There aren’t many places in the world where you have the chance of seeing five whale and dolphin species on the same outing.” 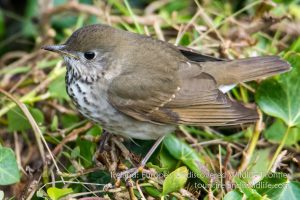 Unpredictable, but exciting American vagrants, like this Grey-cheeked Thrush photographed on Galley Head in West Cork, can make landfall on Ireland’s wild south coast in Autumn.

As well as some of Europe’s best whale-watching, the Irish coastline is also a fantastic location for seabirds, with large movements of Manx, Sooty, Great and Cory’s Shearwaters passing the south coast in late summer. Manx Shearwaters and European Storm Petrels breed in huge numbers on islands off the south and west coasts of Ireland, which hold some of the most important breeding colonies globally for these species.

Ireland’s headlands and islands aren’t just great places to see marine species, they’re also magnets for migrant birds during spring and autumn migration, and areas like the Old Head of Kinsale, Galley Head, Mizen Head and especially Cape Clear Island are well known to birders as key locations for rarities. Ireland’s position on the extreme western edge of Europe also makes it the first point of landfall for rare American vagrants blown off course by autumn storms. Waders like White-rumped, Semipalmated and Baird’s sandpiper regularly cross the Atlantic and turn up on Irish mudflats and estuaries, while American passerines like Grey-cheeked Thrush, Scarlet Tanager and Red-eyed Vireo, while unpredictable, are always possible when conditions are right in September and October. 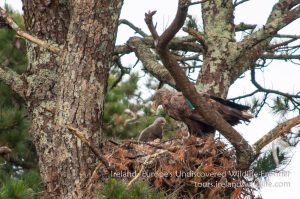 White-tailed Eagles are breeding in Ireland again, can be seen regularly on Ireland’s Wild South Coast.

Another wildlife highlight of the Irish south coast is the White-tailed Eagle. These magnificent raptors are now breeding in Ireland again, for the first time in more than 100 years, following a successful reintroduction programme. Eagle encounters are always a treat, and the opportunity to see parents rearing their young during the breeding season is truly magical.

Looking to the land, Ireland is a European stronghold for iconic mammal species like Red Squirrel, Pine Marten and Otter. Ireland’s largest land mammal, the Red Deer, is most numerous in and around Killarney National Park, one of the most accessible places in Europe to see these majestic creatures. The autumn rut is particularly impressive, when bellowing stags are visible at close range from public roads and footpaths. 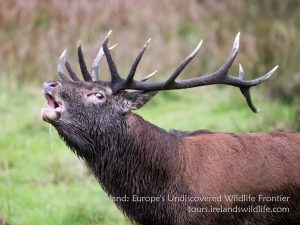 “Ireland has a tremendous amount to offer the keen wildlife enthusiast and birder, but that wildlife-watching potential is very much under-represented,” explained Calvin. “With Ireland’s Wildlife Tours we’re hoping to remedy that, putting Ireland on the map as a wildlife holiday destination and inviting visitors to find out for themselves why we call this Europe’s undiscovered wildlife frontier.”

Ireland’s Wildlife Tours offer 6-day, 4-day and weekend itineraries for small groups from April through to October on Ireland’s Wild South Coast (pick up and drop off in Cork City for 4-day and 6-day itineraries). For more information on wildlife holidays and short breaks in Ireland visit tours.irelandswildlife.com. To discover more about the wildlife of Ireland visit www.irelandswildlife.com.

Click for more information on six-day wildlife-watching holiday or four-day wildlife break on the most southerly stretch of Ireland’s Wild Atlantic Way.